MILWAUKEE, Dec. 2, 2015 /PRNewswire/ -- Northwestern Mutual, presenting sponsor of the 2016 Rose Bowl Game®, today unveiled its float design for the 127th Rose Parade® presented by Honda. Titled Dancing into Adventure, it will draw attention to the fight against childhood cancer by showcasing the greatest adventure and dream of Peyton Richardson, a 13-year-old aspiring ballerina from Sugar Land, Texas, who is battling leukemia.

The theme of this year's parade is Find Your Adventure. As an aspiring ballerina, Peyton wants to travel the world to see performances from the world's most distinguished ballet companies and have a dance lesson with their principal dancers. Northwestern Mutual is using its sponsorship to bring Peyton's adventure to life in flowers and raise awareness about childhood cancer.

"Peyton's unique, positive way of using ballet to battle cancer and stay focused on her dream is truly amazing," said Conrad York, vice president of marketing at Northwestern Mutual. "At Northwestern Mutual, we know that each family has a dream in mind for their future, and we are here to support them every step of the way."

Dancing into Adventure
On Jan. 1, 2016, Peyton and her parents will ride aboard a phenomenal display of floral art. The float design, created in partnership with Fiesta Parade Floats, is inspired by Swan Lake, the classical ballet by Tchaikovsky. Design highlights include:

In spring, Northwestern Mutual worked with hospitals around the country to gather inspirational videos of children and families battling childhood cancer. A panel of judges selected Peyton's video to bring to life as Northwestern Mutual's Rose Parade float.

Peyton was diagnosed with leukemia at age 12 on Jan. 22, 2015. Since her diagnosis, Peyton and her family have been actively involved in sharing their story to help raise awareness and support for childhood cancer. Peyton is currently being treated at Texas Children's Cancer Center in Houston.

Supporters can join Peyton's adventure and the fight against childhood cancer by visiting her Facebook site, DanceforPeyton, and sharing #danceforpeyton on their social channels.

About Northwestern Mutual
Northwestern Mutual has been helping families and businesses achieve financial security for nearly 160 years. Our financial representatives build relationships with clients through a distinctive planning approach that integrates risk management with wealth accumulation, preservation and distribution. With more than $230 billion in assets, $27 billion in revenues and more than $1.5 trillion worth of life insurance protection in force, Northwestern Mutual delivers financial security to more than 4.2 million people who rely on us for insurance and investment solutions, including life, disability and long-term care insurance; annuities; trust services; mutual funds; and investment advisory products and services.

About Northwestern Mutual Foundation
The mission of the Northwestern Mutual Foundation is to improve the lives of children and families in need. The Foundation has given more than $290 million since its inception in 1992 and is designed to create lasting impact in the communities where the company's employees and financial representatives live and work. We accomplish this by combining financial support, volunteerism, thought leadership and convening community partners to deliver the best outcomes. Our efforts are focused nationally on curing childhood cancer, and locally on education, neighborhoods and making our hometown of Milwaukee a great destination.

About the Pasadena Tournament of Roses®
The Tournament of Roses is a volunteer organization that annually hosts the Rose Parade®, the Rose Bowl Game® and a variety of associated events. Nine hundred thirty-five volunteer members act as ambassadors of the organization and contribute upwards of 80,000 hours of manpower each year. The 127th Rose Parade presented by Honda themed "Find Your Adventure," will take place Friday, January 1, 2016, followed by the 102nd Rose Bowl Game presented by Northwestern Mutual. Learn more at www.tournamentofroses.com and on Facebook, Twitter, Instagram and YouTube. 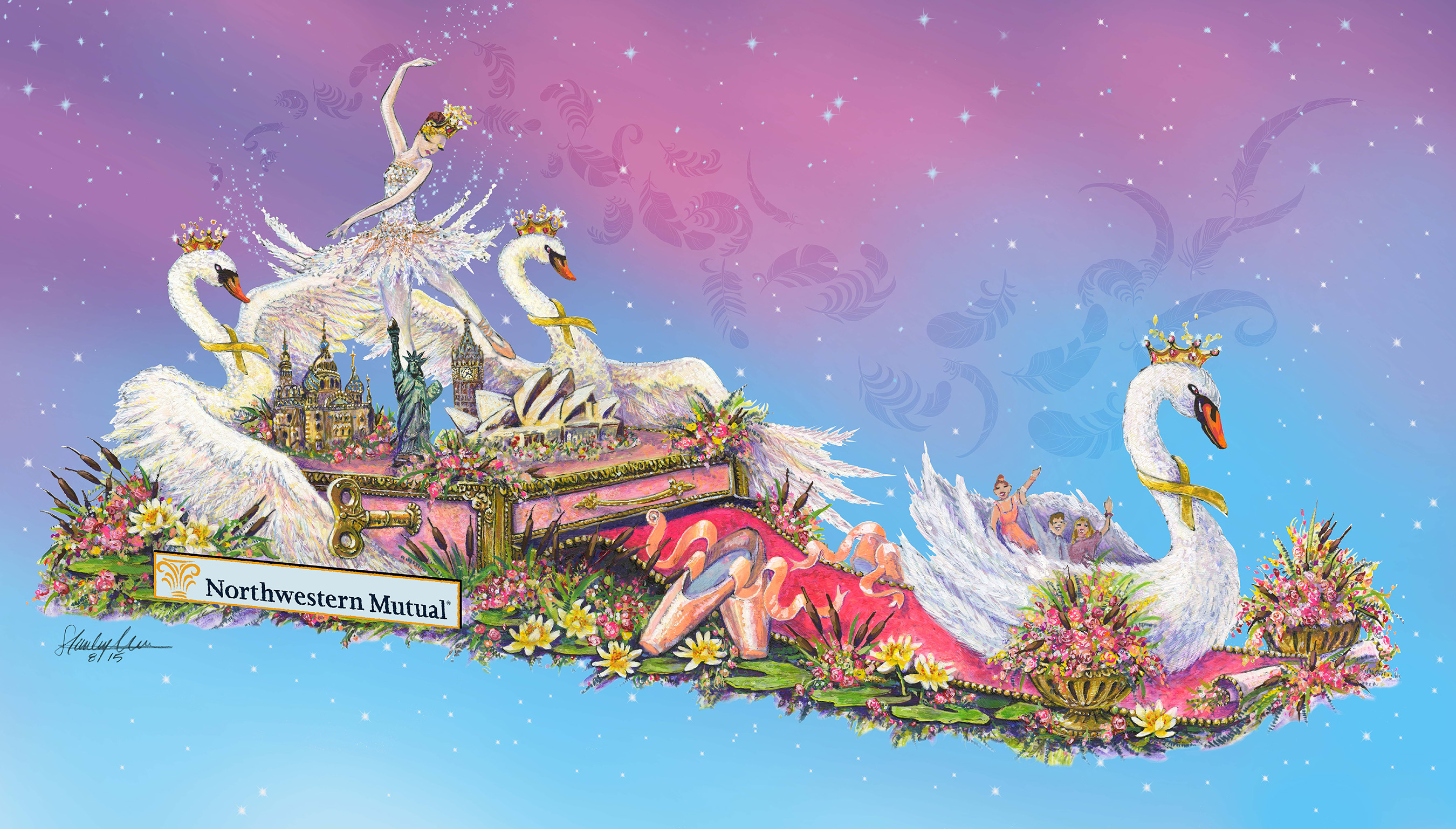