MILWAUKEE, Nov. 16, 2016 /PRNewswire/ -- Northwestern Mutual, presenting sponsor of the 2017 Rose Bowl Game®, unveiled its float design for the 128th Rose Parade® presented by Honda to showcase the company's commitment to the fight against childhood cancer. The float will honor a mother-daughter duo who fought cancer together, the researcher who developed the treatment that saved both their lives and a dedicated leader from Northwestern Mutual passionate about the fight against childhood cancer.

The theme of this year's parade is "Echoes of Success," which celebrates the selfless contributions of others and how their inspirational gifts affect those around them. Edie, now 7, fought neuroblastoma as an infant, and during her fight, her mom, Emily, was diagnosed with the same disease.

The float called "Waves of Hope" will showcase the care-free joy of being a child and how, for so many children fighting cancer, this joy is only possible because of innovative research and funding. Dr. Yael Mossé of Children's Hospital of Philadelphia, the doctor whose breakthrough treatment saved Edie and Emily's lives, and Steve Guinan, a Northwestern Mutual managing partner in Pennsylvania, will join Edie and her parents on the float.

"Edie's infectious, bubbly persona is a testament to the resilience she demonstrated as she fought – and beat – cancer," said Conrad York, vice president of marketing at Northwestern Mutual. "Northwestern Mutual is honored to have the opportunity to bring Edie's story to life, and shine a light on childhood cancer."

About "Waves of Hope"
The float, created in partnership with Fiesta Parade Floats, epitomizes how character is developed through the selfless contributions of others and how success cannot be achieved alone. The highly-whimsical design celebrates Edie's hope and the joy she feels at being able to be a kid. Highlights include:

Northwestern Mutual has been committed to the fight against childhood cancer since launching its Childhood Cancer Program in 2012. To date, the program has raised more than $12 million, funding over 130,000 hours of research, with the help of its employees and financial representatives nationwide.

To learn more about Northwestern Mutual's 2017 Rose Parade float and the inspiration behind it, click here.

About Northwestern Mutual
Northwestern Mutual has been helping families and businesses achieve financial security for nearly 160 years. Our financial representatives build relationships with clients through a distinctive planning approach that integrates risk management with wealth accumulation, preservation and distribution. With $238.5 billion in assets, $27.9 billion in revenues and more than $1.6 trillion worth of life insurance protection in force, Northwestern Mutual delivers financial security to more than 4.3 million people who rely on us for insurance and investment solutions, including life, disability income and long-term care insurance; annuities; trust services; mutual funds; and investment advisory products and services. Northwestern Mutual ranks 100 on the 2016 FORTUNE 500, and is recognized by FORTUNE magazine as one of the "World's Most Admired" life insurance companies in 2016.

About Northwestern Mutual Foundation
The mission of the Northwestern Mutual Foundation is to improve the lives of children and families in need. The Foundation has given more than $300 million since its inception in 1992 and is designed to create lasting impact in the communities where the company's employees and financial representatives live and work. We accomplish this by combining financial support, volunteerism, thought leadership and convening community partners to deliver the best outcomes. Our efforts are focused nationally on curing childhood cancer, and locally on education, neighborhoods and making our hometown of Milwaukee a great destination.

About the Pasadena Tournament of Roses®
The Tournament of Roses is a volunteer organization that annually hosts America's New Year Celebration® with the Rose Parade® presented by Honda, the Rose Bowl Game® presented by Northwestern Mutual and a variety of accompanying events. 935 volunteer members of the association will drive the success of 128th Rose Parade themed "Echoes of Success," on Monday, January 2, 2017, followed by the 103rd Rose Bowl Game.  For more information, visit www.tournamentofroses.com. Like us on Facebook and follow us on Twitter, Instagram and YouTube and visit our blog at blog.tournamentofroses.com. 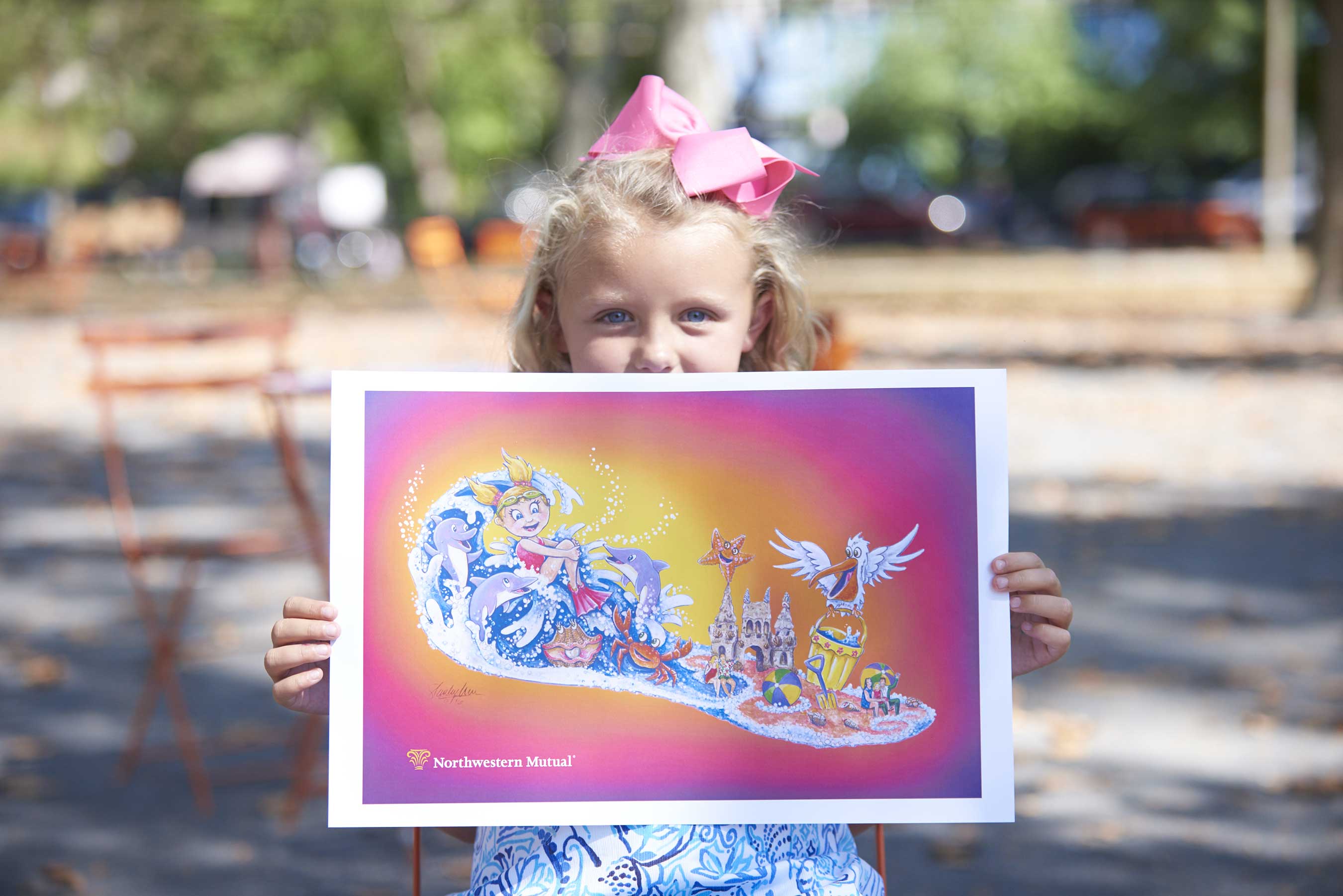 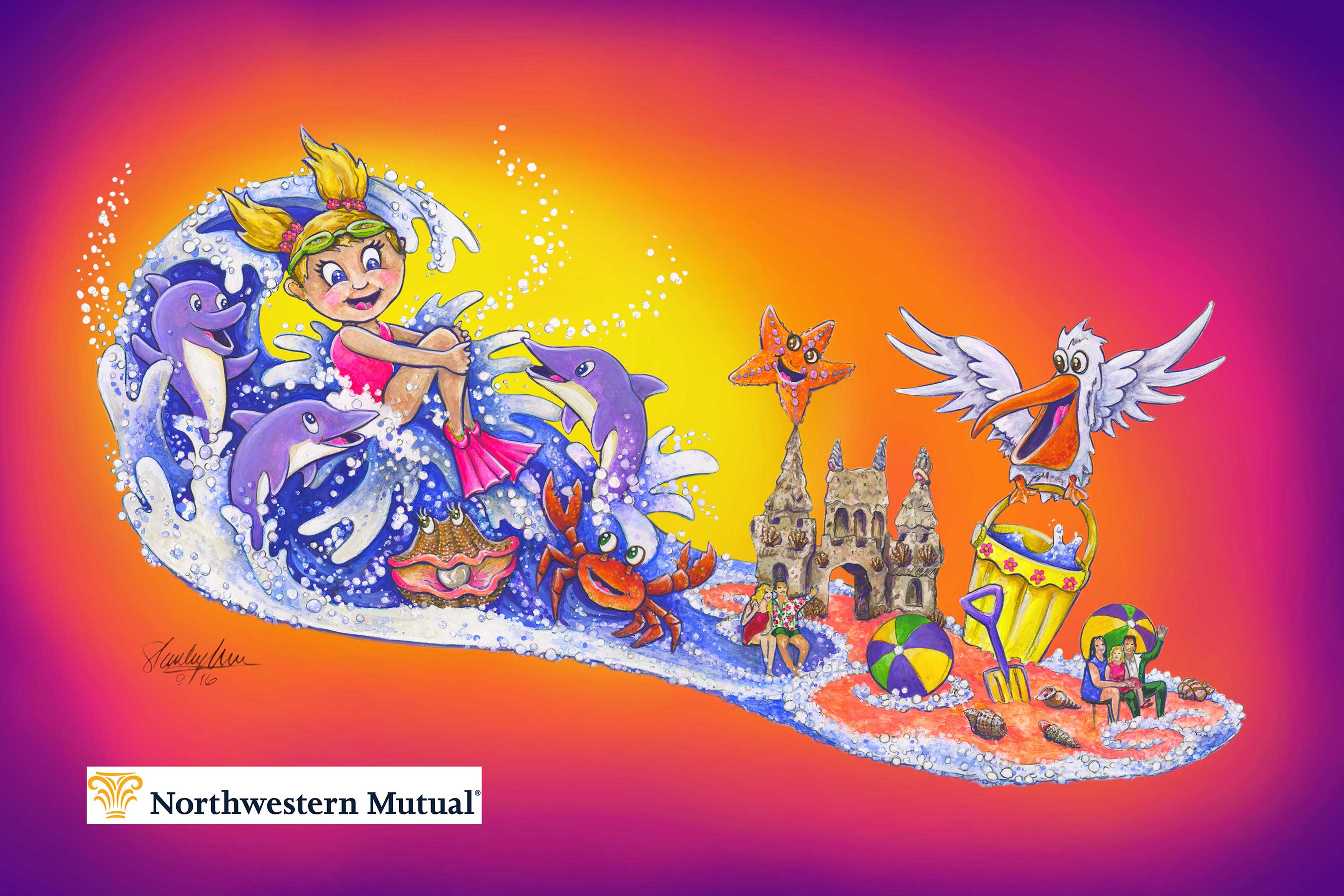